Nairobi has emerged as the most expensive city in Africa for elite schools with fees hitting a Sh2.89 million ($28,479) high per year on the back of growing demand for international education, a newly-released report shows.

The analysis by International Schools Database shows that out of the six African cities surveyed, Kenya’s capital had the highest average fee as well as the most expensive fees charged, rivalled only by Cairo.

“This isn’t entirely surprising, since there is a high demand for international education in Kenya,” notes the report.

The trend also signals that Kenyan parents are increasingly embracing international education to give their children a better chance at upward mobility and set them up for admissions to top universities abroad.

Cairo, Egypt’s capital rivals Nairobi for most expensive prices with its maximum price for international education just under the $25,000 (about Sh2.6 million) mark, making it the second highest of the African cities surveyed.

The minimum fees charged in Nairobi sat at Sh272,864 per annum with Kampala having the cheapest international schools charging a minimum Sh53,110 per annum.

Nairobi’s high fees have seen institutions charge more on average than European cities such as Amsterdam and Copenhagen. South Africa’s Johannesburg and Cape Town have the most affordable international schools globally.

The International Schools Database uses the whole price of a full term for one 6-year old child, excluding once-off costs such as enrolment fees and application fees to calculate the cost.

The high returns in the sector have also led to increased interest from investment firms.

This was following a deal between a consortium led by PE firm AfricInvest sold Brookhouse School to UK-based PE fund Educas for Sh3.6 billion in 2015, making it one of the biggest transactions in Kenya’s high-end education sector. 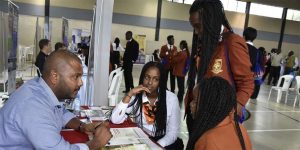