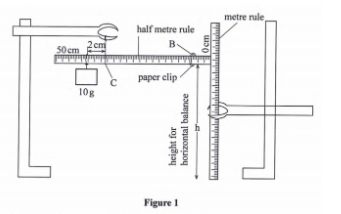 (f) Record the centimetre mark for point P in Table 1. 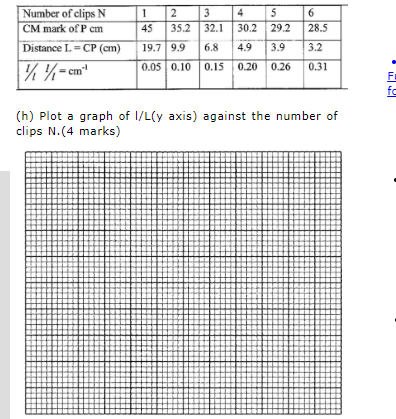 (i) Determine the slope S of the graph.(3 marks)

(b) Set up the circuit as shown in Figure 2.

(i) Close the switch and record the potential difference V across the 10a resistor. (1 mark)

(ii) Open the switch. Determine the current I flowing in the circuit. (2 marks)

(e) Using stands and clamps, hold the copper plates in the beaker such that both plates:

(i) reach the bottom of the beaker;

(ii) are parallel, vertical and facing each other;

(iii) are separated from each other by a distance S.

(f) Connect the copper plates to the circuit as shown in Figure 3.

(g) Set the separation distance between the copper plates S to 3 cm. Using the jockey tap wire AB at various points to obtain a point P at which the galvanometer does not show any deflection. Record the balance length L (from A to P) in Table 2.

(h) Repeat part (g) for other values of S shown in Table 2 and complete the table. (6 marks)

(i) Determine the average value of Z. (2 marks)