1. Explain why the walls of a studio are padded with woolen materials.(2 marks) 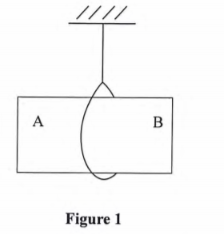 When the North pole of another magnet is brought close to end A, there is repulsion. State the polarity of end B. (1 mark)

End B is a south pole.

4. State what happens to the image formed by a pin hole camera when the size of the hole is increased. (1 mark)

The image is blurred.

5. The angle of incident for a ray of light moving from air to a certain liquid is 30°. Given that the refractive index of the liquid is 1.36, determine the angle of refraction. (2 marks)

Fuse rating of 8A is suitable.

7. Figure 2 shows the image of an object O placed on the principle axis of a convex mirror. 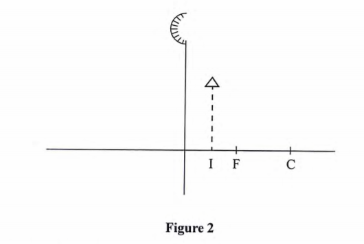 On the figure, draw a ray diagram to locate the object. (3 marks) 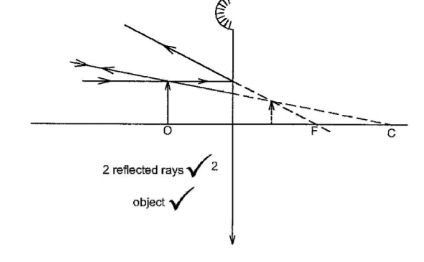 Spontaneous disintegration of atomic nuclei by emission of radiations. 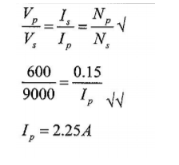 On the diagram, sketch the magnetic field lines around the wires to show how the fields interact.(2 marks) 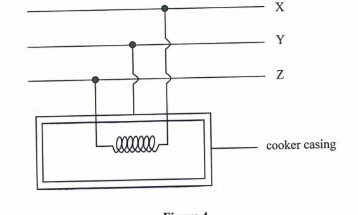 (i) Explain how the microammeter reading is affected when the intensity of the incident light is increased. (2 marks)

Increased intensity increases the number of electrons emitted( hence a higher current reading on the microammeter.

(ii) State the reason why the tube is evacuated. (1 mark)

To minimize collisions between electrons and air molecules which would cause loss of energy. 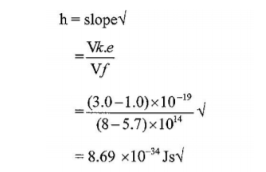 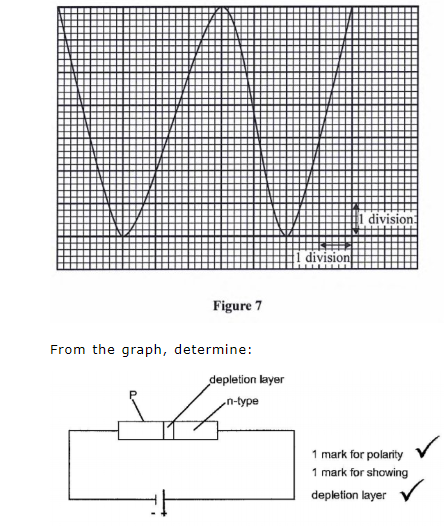 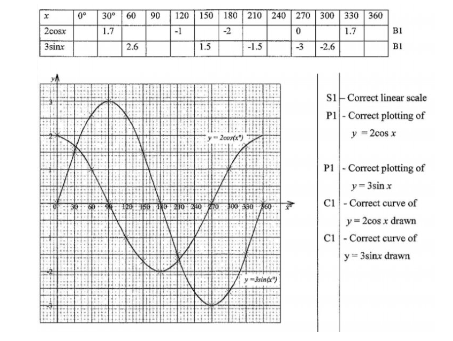 (ii) State the adjustment that may be made inoder to halve the frequency of the ac. signal(2 marks)

On the space provided, sketch the resultant of the two waves (beats). (2 marks)

On each figure, sketch the pattern of waves after they pass the barrier. (2 marks) 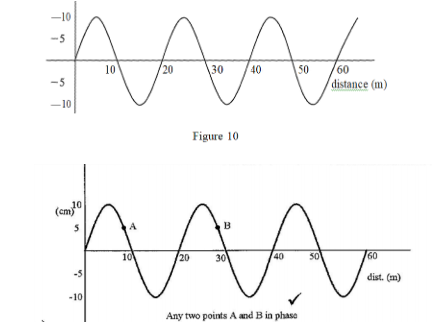