Answer ALL questions. Marks allocated to each question are shown at the end of the question. Show ALL your workings.

The following trial balance relates to Zambezi Ltd. as at 31 October 2017: 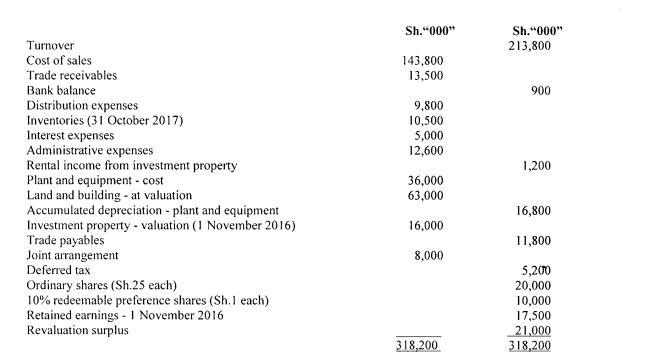 All plant, including that of the joint operation is depreciated at the rate of  12.5% per annum on reducing balance basis.

The land and building were revalued at Sh.15 million and Sh.48 million respectively on LiNovember 2016 creating a Sh.21 million revaluation surplus. At this date, the building had a remaining useful life of 15 years.

Depreciation is on a straight line basis. Zambezi Ltd. does not make a transfer to realised profits in respect of excess depreciation.

Depreciation on both the building and the plant should be charged to the cost of sales.

Details of Zambezi Ltd.’s joint venture transactions are as follows:

2.           Chanda, Pete and Kidole are partners in a partnership business sharing profits and losses in the ratio of 2:2:1 respectively

after allowing for a 10% per annum interest on fixed capital balances and commission entitled to a partner.

The trial balance extracted from the financial records of the partnership as at 30 September 2017 is as set out below: 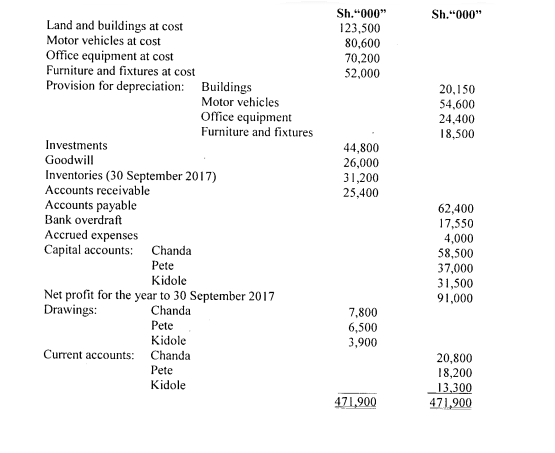 Investments comprised equity investments which partners had acquired jointly. Each partner was to take over a portion of the investments equivalent to the profit share. The investments had a market value of Sh.50 million on 30 September 2017.

Other assets and liabilities were transferred to the new company at the following agreed values:

Goodwill was considered valueless and therefore was written off.

The purchase consideration on business purchase was agreed at Sh.250 million.

The partners were to become shareholders. The company issued ordinary shares at a par value of Sh.10 each to the partners to satisfy the balances due to them as at 30 September 2017. 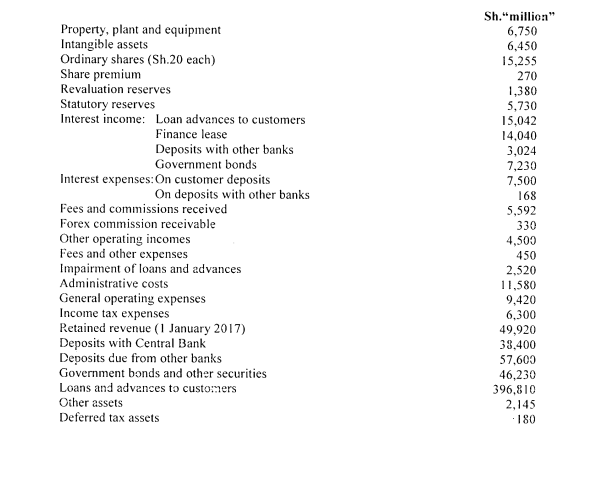 2.          Royal Contractors Ltd. owns an item of plant used for construction with a carrying value of Sh.14 million as at 31 December 2015. The firm won a construction contract and decided to sell and lease back the machine on that date under the following conditions.

Selling price Sh.40 million. This was also the fair value of the plant.

The following are the draft statements of financial position of the two companies as at 31 March 2018: 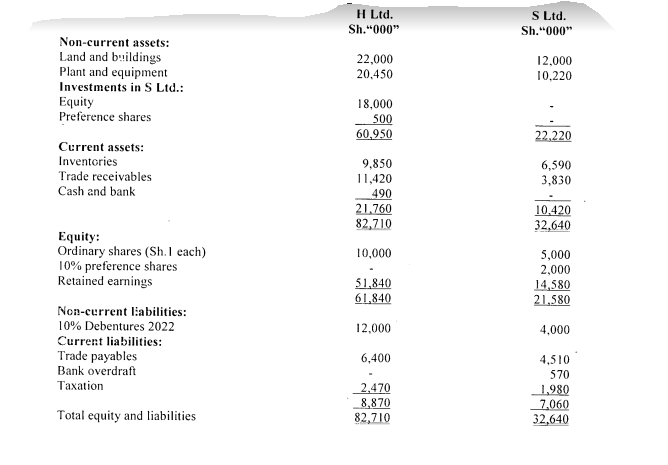